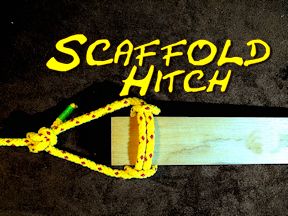 How to Tie the Scaffold Hitch

Perhaps, if a plank or dowel were to be suspended for any length of time, a recess cut into the wood for the rope to sit would give additional security and prevent the rope from slipping off the end?

I have to thank the Surrey branch of the International Guild of knot Tyers, as I copied their documentation of the Scaffold Hitch for the making of this video. In the diagram below, the scaffold hitch is finished off using a bowline. However, there is no reason that you cannot use your own favourite knot for the final securing of the scaffold hitch.

How to Suspend a Plank with Rope

This is for information only!!! I am sure that in this day and age, suspending a plank from a rope is not advised. However, in the interest of history and how it used to be done, then this is one way that a plank of wood could be suspended from a rope. Providing that the plank was level and remained at 90 degrees to the rope, this would make a fairly stable temporary platform. 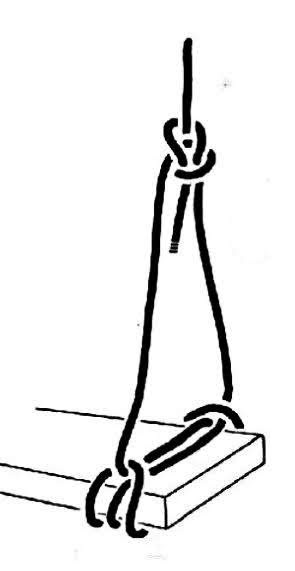