How to Back Splice Rope

Splice – describes the act of joining the ends, or the end and a standing part, by interweaving strands. The Back Splice is used to stop the end of a stranded rope from unlaying.

However and advantage of back splicing the end of a rope also has the advantage of making the rope wider, giving the user something better as a hand hold.

Often when splicing, a Swedish fid is a very useful tool. The Swedish Fid is used to prise apart the the three strands of a rope and the hollow shape allows the one strand to be passed under the other in the lay of the rope.

Often when splicing a rope, as Swedish fid is used to assist in the process. The Swedish Fid is passed under that strands of the main rope, the hollowed out section then allows the loose strand to be easily passed under the main strands: 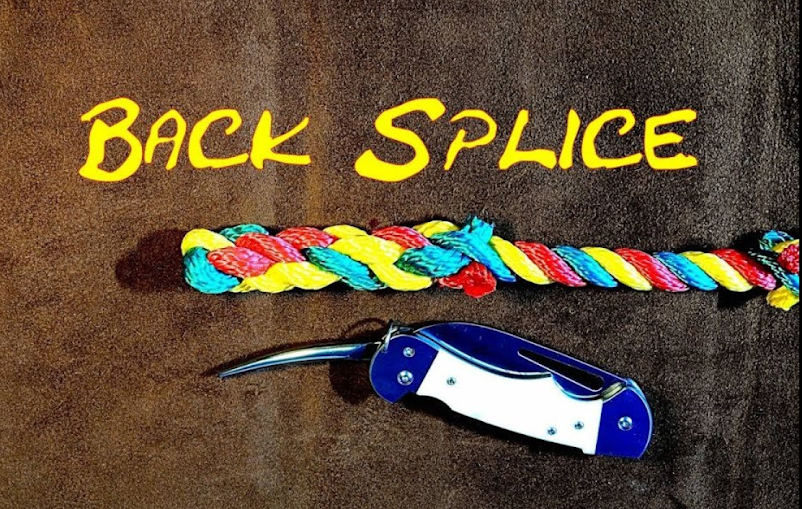 Soon after making the above video, I realised that maybe a brown rope on a brown background was not such a good idea. So to make things a little easier, I though I would do the same video using a coloured rope.