How to Recognise Parts of a Rope

Parts of a Rope, Rope Terminology

The end of the line that is being used to create a knot.

The end of the rope that is not being used to create a knot.

Is a curved section of a rope. If for example you bring to parts of the same rope together you form a bight in a rope.  When working with heavy rope you are also taught never to stand in the bight of a rope. In other words if the rope were to suddenly straighten anything within the bight could possible cause serious damage.

This is often referred to a U section of rope that is being used to create a knot. Hence you sometime hear about a Bowline in a Bight, this is a Bowline tied between the working end and the standing end without using either of those ends.

This is when a full circle is formed by passing the rope over or under itself. Loop is also a term used when you tie a knot to create a fixed loop in a rope.

This term is used where the there are two crossing points in a rope which is created by adding a twist in the rope. 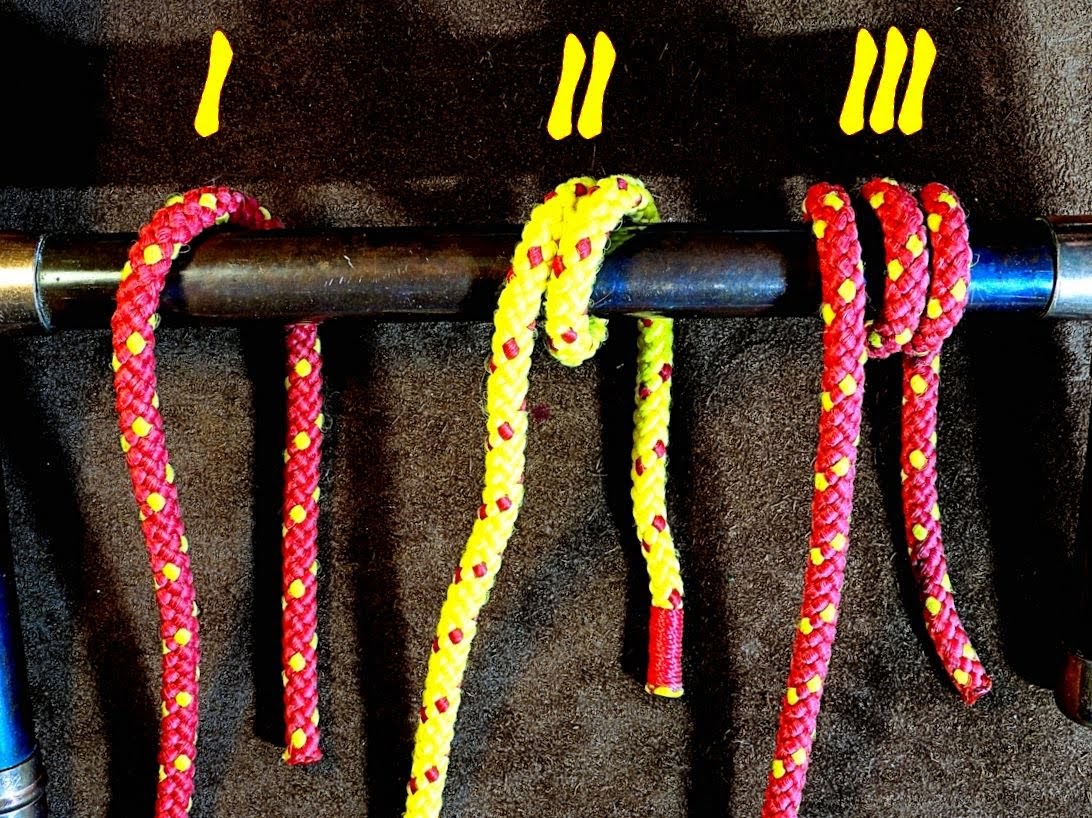 Turns on an Object

I. When the rope is passed over an object just the once

II. This is when the rope completely encircles and object

III. When the rope is passed over the object three times.

There are other terms that are used, however, these are the most common terms that I use in my videos.