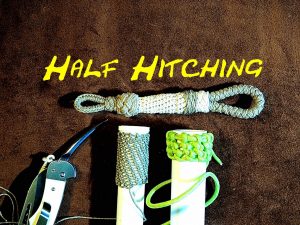 How to Spiral Half Hitch

A beautiful way of covering an object, often seen covering knife handles or needle cases. Spiral Half Hitching can also be used to decorate a fender. An object is covered with a series of Half Hitches, and by going in the same direction throughout, you end up with a lovely spiral pattern along the length of the object that you are covering.

Half Hitching can also be combined with other forms of hitching such as Rib Hitching or Vertical Hitching. Even changing direction will also produce its own pattern. The thing is that

Half Hitching a Knife Handle

Here is a work in progress of Half Hitching my knife handle. In this example I am half hitching the length of the handle. As an experiment, part way down I decided to miss out every other hitch. This produced a more open effect on the spiral hitch. Also when starting this particular project I used a Timber Hitch. 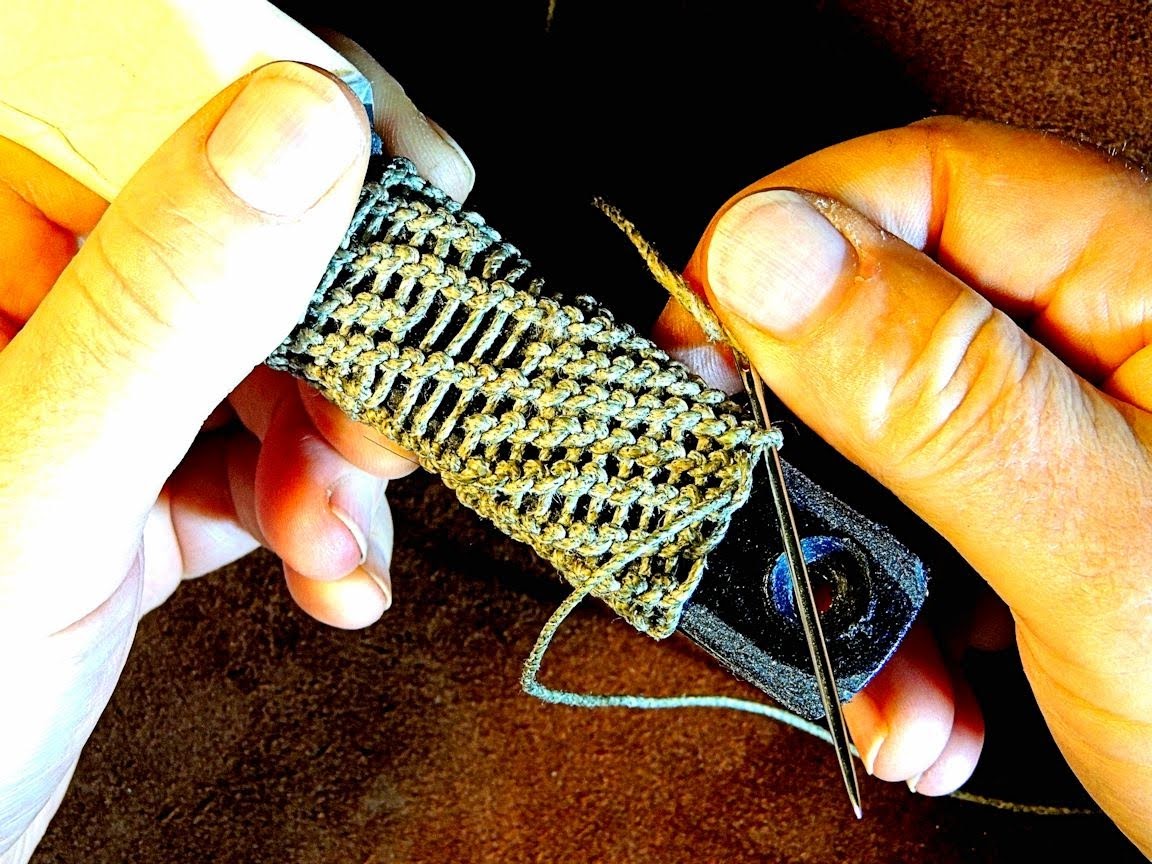 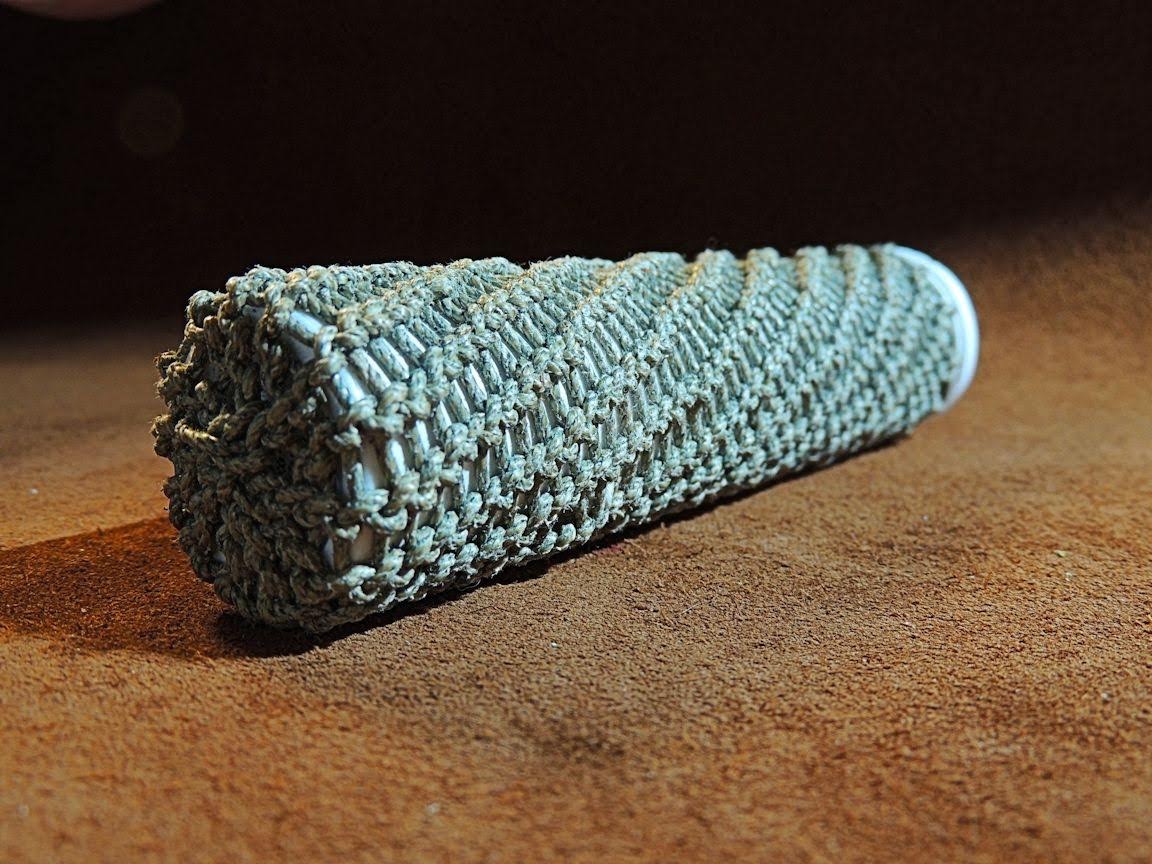 Half Hitching a Bottle 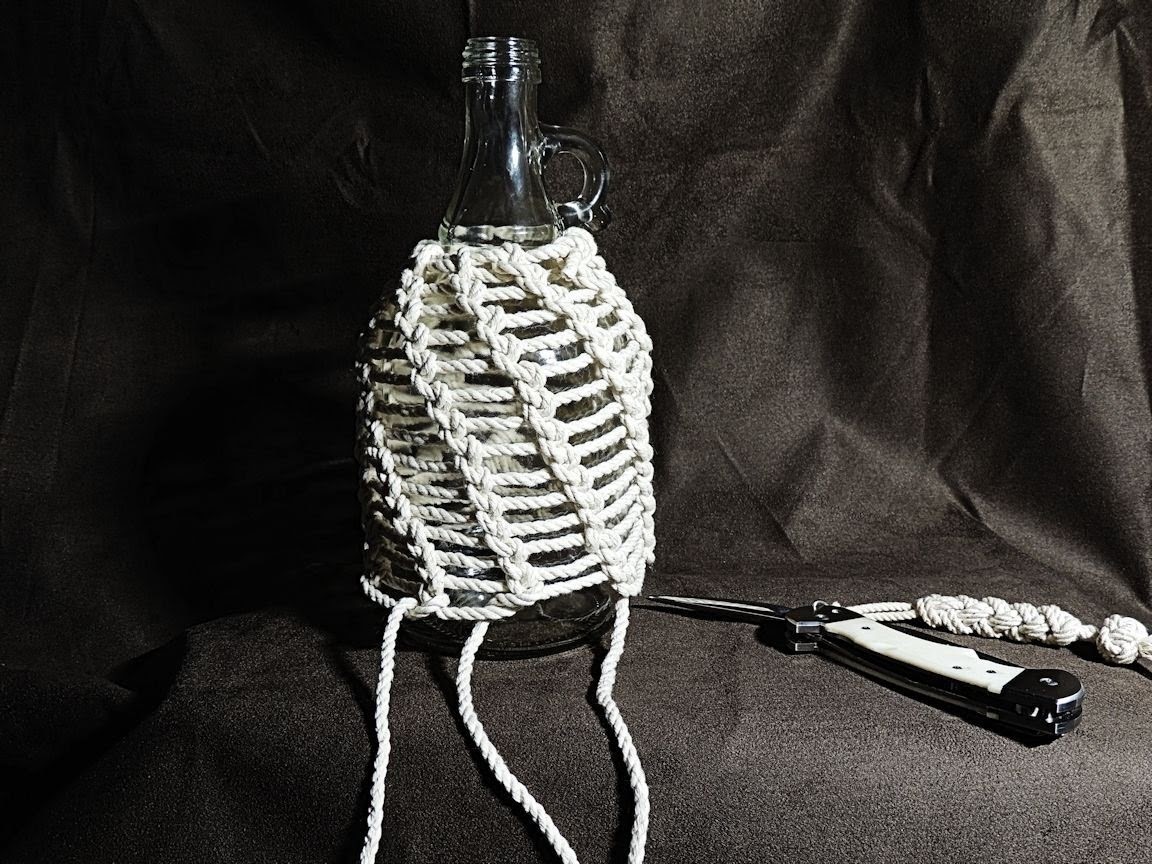 How to Spiral Hitch Video

Half Hitching Spiral and Rib Hitching on Lighter: 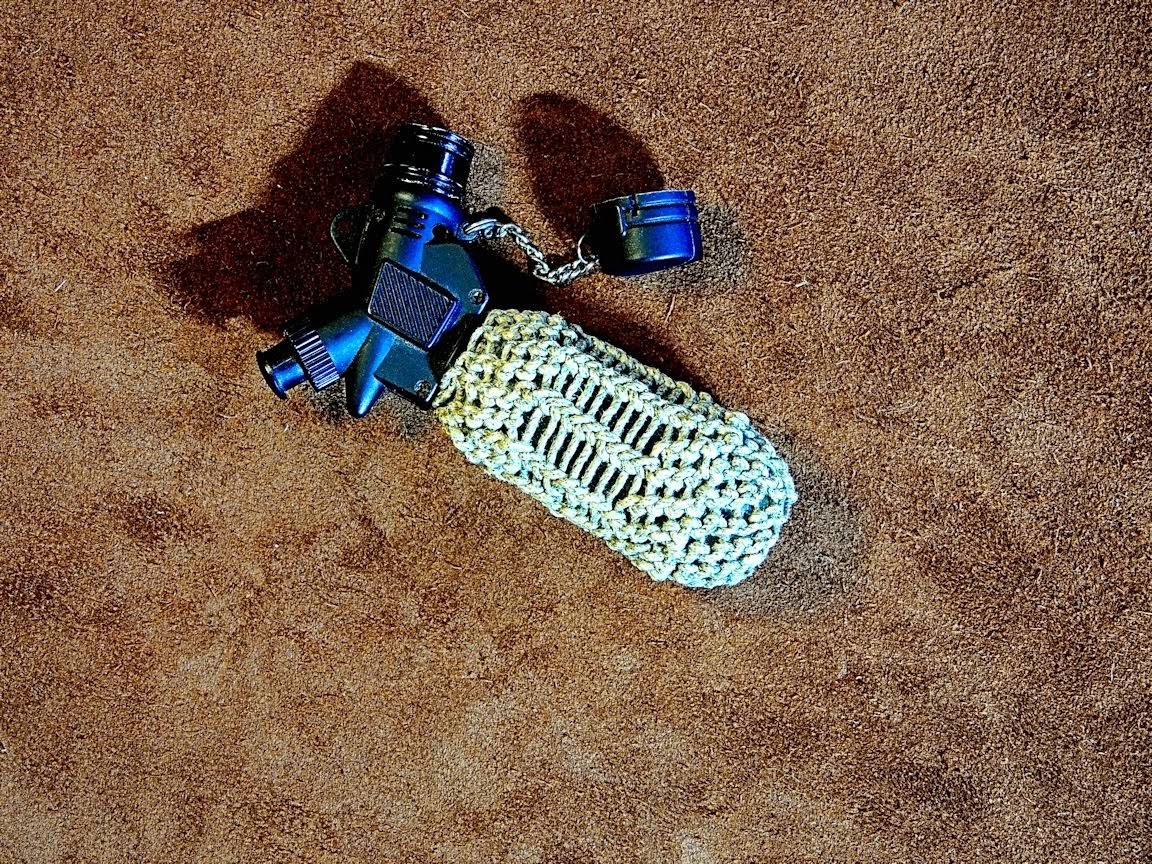